Why I Am an Eastern Orthodox Christian 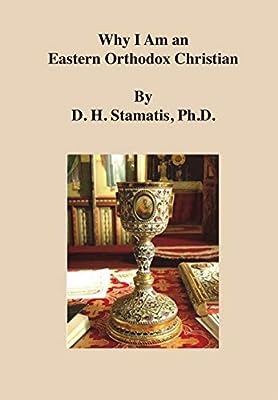 Price: $29.95
As of 2020-04-09 02:18:33 UTC (more info)
Product prices and availability are accurate as of 2020-04-09 02:18:33 UTC and are subject to change. Any price and availability information displayed on http://www.amazon.com/ at the time of purchase will apply to the purchase of this product.
Availability: Not Available - stock arriving soon
Buy Now from Amazon
Product Information (more info)
0 0
CERTAIN CONTENT THAT APPEARS ON THIS SITE COMES FROM AMAZON SERVICES LLC. THIS CONTENT IS PROVIDED 'AS IS' AND IS SUBJECT TO CHANGE OR REMOVAL AT ANY TIME.

Author Bookstand is proud to offer Why I Am an Eastern Orthodox Christian by Bookstand Publishing.

Why I Am an Eastern Orthodox Christian has generated a lot of interest and excitement and we think it would be an excellent addition to your library.

When the word “orthodox” is used many people from all walks of life, associate it with the “Orthodox Jew.” To be sure, there are Orthodox Jews but in this book the word is associated with the Eastern Orthodox Church which is the original Christian faith.

Etymologically the word is of Greek origin, meaning: Orthos – correct + doxa- glory. It came about as a useful word in the religion context when in 1054 A.D. the then “Christian Church” split in two factions. The one who rebelled against the traditional church took the name of Roman Catholic Church – indicating a global entity, and the one which remained true to the original teachings of Christ, Apostles and the early Fathers of the Church, which took the name Orthodox.

So, this book is about that original Christianity – the Orthodox faith – that has kept both beliefs and traditions of the original preaching of Christ, Apostles, St. Paul and all those who have followed in their steps. Specifically, it accounts why I have chosen Christianity and Orthodoxy to be my guiding light.

In my pursuit for the selection of the true way, the truth and the life, I have taken the time to record my research and give the reader a summary of my journey and my decision.

I hope that my arguments and presentation can convince the reader to find their own path to this faith that is biblical, spiritual and therapeutic.

The Mystical Writings of an Unknown Phil...

Christian Leadership for the 21st Centur...

Our Mother and Father God

Metamorphosis of a Soul: Going Home