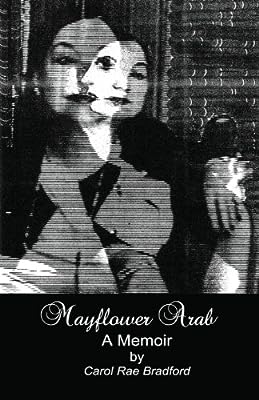 Price: $15.95
As of 2020-01-27 07:21:11 UTC (more info)
Product prices and availability are accurate as of 2020-01-27 07:21:11 UTC and are subject to change. Any price and availability information displayed on http://www.amazon.com/ at the time of purchase will apply to the purchase of this product.
Availability: Not Available - stock arriving soon
Buy Now from Amazon
Product Information (more info)
0 0
CERTAIN CONTENT THAT APPEARS ON THIS SITE COMES FROM AMAZON SERVICES LLC. THIS CONTENT IS PROVIDED 'AS IS' AND IS SUBJECT TO CHANGE OR REMOVAL AT ANY TIME.

Bradford has described well the enigma of coming from two persuasions. Her Dad arrived in Boston from Damascus in 1913. Her Mom was a descendant of Governor William Bradford of the Mayflower. The marriage was a secret kept from his truculent family until he told the priest.
His family were not at first pleased, but they came to love Betty, his wife, the author's Mom, who died in childbirth with her third daughter. The author was 8-1/2 years of age and her middle sister was five.

This book contains much about the newcomers and anecdotes and history of them and their descendants from Syria during the earlier parts of the 20th century. These families still attend the same church now housed in Dedham, MA: St. John's of Damascus Syrian Antiochian Orthodox church.

Bradford had a very successful book signing there in April 2013.

Quest of a Bipolar Soldier

Blessings and Betrayals: A True Story of...

The Bright Side - Captivating True Stori...