In Hiding: Out of Sight in Hitler's Reich 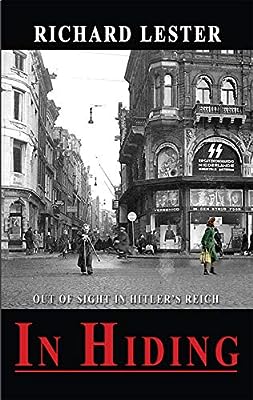 Price: $16.95
As of 2020-03-30 01:06:13 UTC (more info)
Product prices and availability are accurate as of 2020-03-30 01:06:13 UTC and are subject to change. Any price and availability information displayed on http://www.amazon.com/ at the time of purchase will apply to the purchase of this product.
Availability: Not Available - stock arriving soon
Buy Now from Amazon
Product Information (more info)
0 0
CERTAIN CONTENT THAT APPEARS ON THIS SITE COMES FROM AMAZON SERVICES LLC. THIS CONTENT IS PROVIDED 'AS IS' AND IS SUBJECT TO CHANGE OR REMOVAL AT ANY TIME.

Author Bookstand is proud to offer In Hiding: Out of Sight in Hitler's Reich by Bookstand Publishing.

In Hiding: Out of Sight in Hitler's Reich has generated a lot of interest and excitement and we think it would be an excellent addition to your library.

"A riveting narrative of Nazi-occupied Amsterdam!"

Little Stan Rubens waved at the German troops as they entered the city. They waved back and smiled at him. One day, they would chase him through those same streets, as he sought to escape a train ride to Auschwitz.

The landlady rented apartments to enemies of the Third Reich. After collecting a few months' rent, she made a phone-call to the Gestapo.

Otto Frank thought he had a secure hiding place. He was wrong.

Take a journey with creative non-fiction writer Richard Lester through Amsterdam's criminal underworld. Meet the people in hiding, their courageous rescuers, and those who would betray them. Discover dark secrets, pure evil, and possibly some new answers to old questions.

IN HIDING: Out of Sight in Hitler's Reich is a must-read for the entire family!

The Legends of Shorthand