Hidden in the Third Reich 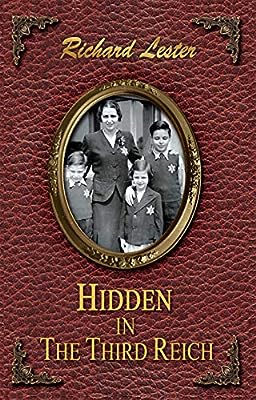 Price: $16.95
As of 2020-04-02 15:56:15 UTC (more info)
Product prices and availability are accurate as of 2020-04-02 15:56:15 UTC and are subject to change. Any price and availability information displayed on http://www.amazon.com/ at the time of purchase will apply to the purchase of this product.
Availability: Not Available - stock arriving soon
Buy Now from Amazon
Product Information (more info)
0 0
CERTAIN CONTENT THAT APPEARS ON THIS SITE COMES FROM AMAZON SERVICES LLC. THIS CONTENT IS PROVIDED 'AS IS' AND IS SUBJECT TO CHANGE OR REMOVAL AT ANY TIME.

Author Bookstand is proud to offer Hidden in the Third Reich by Bookstand Publishing.

Hidden in the Third Reich has generated a lot of interest and excitement and we think it would be an excellent addition to your library.

This was Nazi-occupied Europe!

Clara could not understand why her parents were giving her away. The elderly musicians knew why, and they were determined to keep her safe.

With a pistol and a lantern, three school chums attacked a heavily-guarded transport train on its way to Auschwitz.

The ghetto looked like a safe place to Asia. It was not.

At the zoo, eight-year-old Ryszard carried food to people in the animal cages.

Former playboy Fritz posed as a Gestapo agent and became a hero.

Willy sought refuge on a park bench. Instead, he found love.

Flight of the Blue Heron

Feldpost Letters - Lifeline in a Time of...

Twenty-Five Missions in the European The...