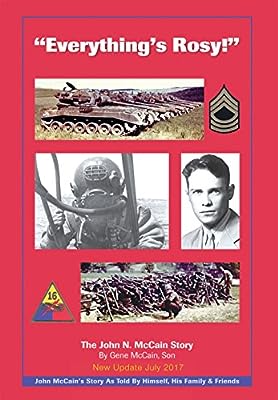 Price: $15.95
As of 2020-03-31 06:05:04 UTC (more info)
Product prices and availability are accurate as of 2020-03-31 06:05:04 UTC and are subject to change. Any price and availability information displayed on http://www.amazon.com/ at the time of purchase will apply to the purchase of this product.
Availability: Not Available - stock arriving soon
Buy Now from Amazon
Product Information (more info)
0 0
CERTAIN CONTENT THAT APPEARS ON THIS SITE COMES FROM AMAZON SERVICES LLC. THIS CONTENT IS PROVIDED 'AS IS' AND IS SUBJECT TO CHANGE OR REMOVAL AT ANY TIME.

This is my first attempt at writing. I never considered myself a writer, but March 2013, when my sister, Sally, suggested that we get a local author to do a biography on our Dad, I fully agreed. So I started going through some videos of him speaking to the local Wharton Historical Society about the early days in Wharton, Texas. He had always been reluctant to talk much about the war experiences, as I had found many of his generation had been for many years. They tried to block out the bad experiences, and only remember the good times with some guys who they had really gotten close to during some really hard situations. I spoke to a local author several times and began taking notes, and recording conversations with the family, mostly Dad, and I really learned a lot that I either did not know, or had forgotten.

Along the way, I began turning notes into a script, and filling in chapters, and with some encouragement from another author, Don Theye in South Dakota, a book began taking shape. Even now, as this book seems to be finished, it is still missing events and stories that are still coming to light, but I felt that it needed to be printed while Dad can also enjoy it.

Thanks for reading. –Gene McCain

East to the Russkies

Bursting Through the Clouds: Life Reflec...

Bones, Dean and Me

Broadwindsor Is Where It Came to Be

A Barefoot Girl From Thunderbolt