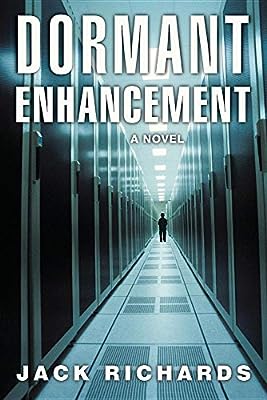 Price: $15.95
As of 2020-02-20 08:23:02 UTC (more info)
Product prices and availability are accurate as of 2020-02-20 08:23:02 UTC and are subject to change. Any price and availability information displayed on http://www.amazon.com/ at the time of purchase will apply to the purchase of this product.
Availability: Not Available - stock arriving soon
Buy Now from Amazon
Product Information (more info)
0 0
CERTAIN CONTENT THAT APPEARS ON THIS SITE COMES FROM AMAZON SERVICES LLC. THIS CONTENT IS PROVIDED 'AS IS' AND IS SUBJECT TO CHANGE OR REMOVAL AT ANY TIME.

Dormant Enhancement has generated a lot of interest and excitement and we think it would be an excellent addition to your library.

It was clear to everyone that the public schools were failing. The causes were varied: increasing parental absence, a negative peer group influence, and a sexualized, media-driven marketplace.

To combat these problems, a program called Dormant Enhancement was developed by a team of educators and scientists. By the year 2018, it was the law of the land. Now all children on their twelfth birthday are required to enter the program -- no exceptions. They are placed in individual cubicles to receive uninterrupted programming and to avoid negative pressures from their peers. They graduate on their sixteenth birthday, in every way superior to their counterparts of the previous century. The nation is delighted with the results.

It's 2024, and Sharon Bradbury's husband has just died. They have been living on their ranch in the Australian Outback, where they've been raising their two boys, twelve-year-old Eric and eight-year-old Brock. Sharon's parents have invited her and the boys to return to live with them in Carmel, California. Grieving and lonely, she accepts -- not realizing that Eric, who was born in the U.S. just before they moved, is required to enter the Dormant Enhancement program. When she fights to keep her son out of the system, she makes a discovery that puts her life and the lives of those she loves in danger.

Sometimes You Have To...The Goon

So Ya' Wanna' Be A Teacher!

An Eye of Another Color